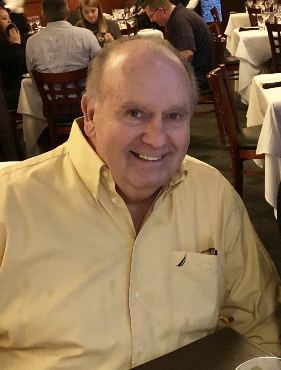 He was born on December 15, 1943, son of the late Ernest Russell and Theodosia Ross.

Left to cherish his memory is his wife Carol Ross and his 3 children, Christopher Ross, Tracey (Robert) Errey and Melissa (Michael) Toole.

He is also survived by his brother, Dennis Ross and many loving cousins.

Ernie was owner of Ross Auto Body and retired after 30 years in the business. He had a passion and knowledge for cars, both new and old, and was often still found “at work” after retiring - bringing along his four-legged companion, Gunner.

Ernie was a member of the Library Sportsman Association where he enjoyed trap shooting.

Friends received Friday, 4-8 pm, at the Warchol Funeral Home Inc., 3060 Washington Pike, Bridgeville, (412-221-3333). Services will be private. In lieu of flowers, donations may be made to the American Cancer Society. View and add condolences at: www.warcholfuneralhome.com

Share Your Memory of
Ernest
Upload Your Memory View All Memories
Be the first to upload a memory!