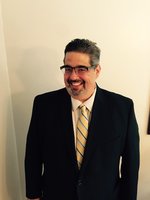 Age 57, of Collier Twp., formerly of Upper St. Clair, on March 14, 2020. Beloved husband of Mary Pat (Clarke) Tozzie for 33 years; loving father of Caitlin (Gene Vercammen) Tozzie and Ronnie Tozzie; son of the late Ronald A. and Louise (Colicchie) Tozzie, Sr.; brother of Randy Tozzie, Andrea (Mark) Blohm and Tina (John) Stewart; son-in-law of the late Mary Saari; brother-in-law of the late Paul Clarke and his wife Ida, who survives, Sally (John) Pronesti and James (Tracey) Clarke; also survived by many nieces and nephews who adored him and his beloved dog Niko. Ronald valued education and earned his Master’s in finance from CMU, while working, with two small kids at home. He traveled the world, visiting many countries; and through this work travel, was able to share experiences with his family around the world. Ronald was a hard worker and strived to make life an adventure; he never let his health conditions keep him from providing for his family, laughing, and loving every minute with them. He was also involved with the Big Brothers and Big Sisters Association and embraced his role as a Big Brother. Funeral arrangements will be postponed until further notice. In lieu of flowers, memorials may be made to the Wounded Warrior Project or Stephen Siller Tunnel to Towers.